In the weekend of 29-30 March we travelled to Wuppertal, Germany, to compete with other Ultimate frisbee teams at the tournament Katzenjammer. 10 teams, loosely mixed, played some sweet ultimate games, for us 7 in total. After a nerve-racking drive to Wuppertal, we only had 2 minutes to get dressed, play and gloriously win our first game. After the first day, a day filled with 4 games, we were third, this meant we had to play the first game on Sunday (read: get up way to early), but it also meant we got to play 3 games instead of 2 on Sunday. Sunday started of good in the first game. The second game was more tough and although we put up a good fight we lost that one. The third and last game on Sunday, was the game for third and fourth place. So the stakes were high and in the end we won! 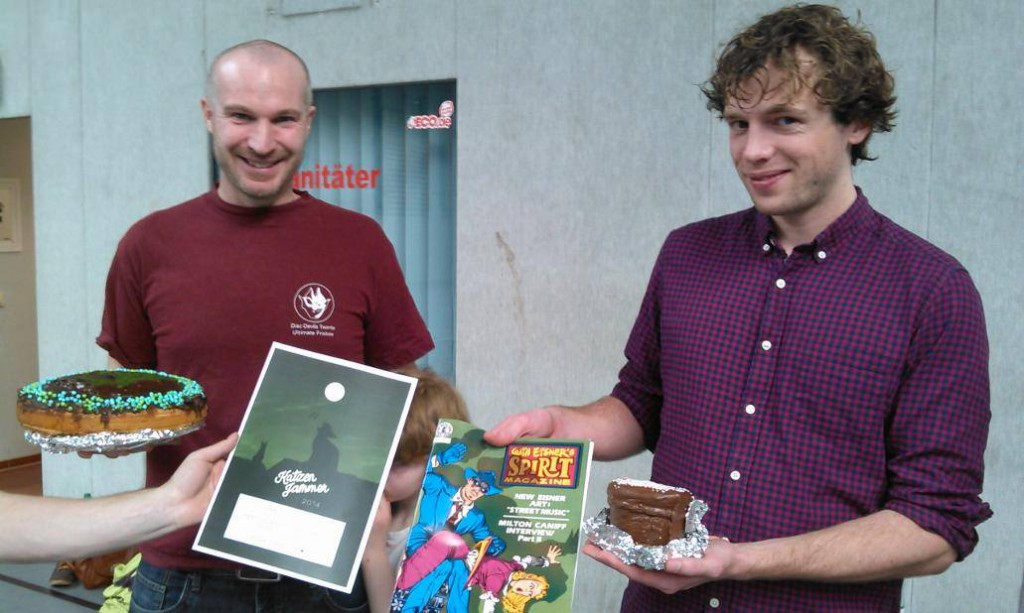 So third place at a tournament in Germany, who would have thought that! But there was more! It turned out we also won the spirit prize! So after a nice tournament we went home with two prizes (see photo), nice! Can’t wait for the next tournament!